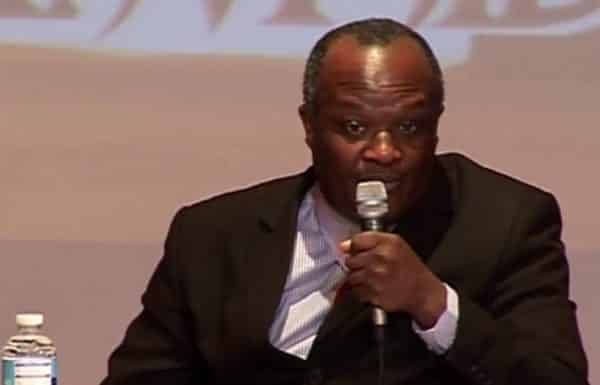 Lhe archaeologists who have been striving for several decades to elucidate the conditions for the emergence of the civilization of pharaonic Egypt at the end of the fifth millennium (Fred WENDORF, Bruce WILLIAMS, Damiano APPIA) are now unanimous in emphasizing the decisive role played by prehistoric Nubia in the main technological changes that led to the development of the first socio-political institutions in Upper Egypt precisely in Abydos, Nekhen to the famous NOME of Ta Seti.

It is in this context that appeared, several generations before the PHARAON-UNIFICATEUR NARMER (-3300), the famous dynasty of SHEMSOU HOR ("FOLLOWERS OF HORUS") to which the whole humanity is indebted of the first historical innovations significant (divine royalty, hieroglyphic writing, monumental architecture, astronomical calendar, legal codes ...).

The hard core of this pre-dynastic settlement was represented by the ANOUs of which Flinders PETRIE and AMELINEAU have meticulously studied the archaeological remains. The disturbing similarities between the prehistoric cultures of NUBIA in the fifth millennium and those of the REGION can not be overstated. GREAT AFRICAN LAKES from the Congo Basin to the borders of present-day South Africa.

In addition to these superabundant archaeological data, we can add the remarkable convergences drawn from the comparison between the main centers of rock art in Africa. In a work entitled "THE PHENICIANS OF THE ODYSSEY", the geographer Victor BERARD put the a strong emphasis on the MAJOR CULTURAL INFLUENCES experienced in the second millennium by the PREHELLENES in general and the CRÉTOIS in particular by the NUBIANS and the ANCIENT EGYPTIANS who were unanimously agreed by the Greek authors and witnesses of the ancient melanoderms characterized (see HERODOTE, Euterpe, Book II, 104).

In fact, the pre-Hellenic period of European history has been deliberately obscured by current European historians who seek to downplay the close relationship that existed between the NEGRO-AFRICAN CIVILIZATIONS of NUBIA and PHARAONIC EGYPT. on the other hand.It was not a question of simple commercial relations as Jean VERCOUTTER thought (cf "EGYPT AND PREHELLENES") but of a massive contribution of NUBIE and EGYPT ANTIQUE in the fields of architecture, arts, navigation and even religion.

It is this legacy of the NEGRO-AFRICAN CIVILIZATIONS that explains the rise and preponderance in Europe of the PREHELLENES up to the tragedy of the barbarian invasion and the destruction of the Mycenaean civilization by the DORIENS.Il emerges from the examination historical sources available that the Cretan civilization itself has undergone the decisive influence of the Egyptian-Nubian civilization from the end of the Old Kingdom until the invasion of the "PEOPLES OF THE SEA" in the twelfth century BC (cf Cheikh Anta DIOP "CIVILIZATION OR BARBARIA").

Only this historical perspective makes it possible to clarify the famous "MYTH OF THE ATLANTIDE" reported by PLATO by bringing it closer to the volcanic explosion of SANTORIN, an island located in the Cyclades. The INDO-EUROPEANS proper will only be promoted relatively during the semi-legendary period which coincides with the appearance of the HOMERIC EPIC EPOPS recorded respectively in the ILIADE (composed between -800 and -750) and the Odyssey (composed at the end of the XNUMXth century BC). THESE EPIC GIFTS WERE ORAL TRANSMITTED AND PISISTRATE WON'T, FOR EXAMPLE, FIX THE ILIAD IN WRITING, FOR EXAMPLE.

In the same way, it is the direct influence of EGYPT on GREECE OF MINOR ASIA and in particular the City of IONIE which makes it possible to understand the introduction in Europe of PHILOSOPHY that THALES DE MILET at the end of his studious journey with the Egyptian holders of "SACRED SCIENCE" will attempt to acclimatize in Greece. All philosophical speculations wrongly attributed through the so-called "GREEK MIRACLE" to the PRESOCRATIC were first borrowed from EGYPT before be interpreted, transformed, distorted over time.The famous "ANTIQUE TRADITION" to which PLATON and XENOPHON ostentatiously refer to explain the irruption of the argument of the reminiscence and thus of the notion of the immortality of the soul in the thought of SOCRATE (see THE PHEDON) is attached explicitly to EGYPT which would be the original source.Thus, THALES, ANAXIMANDRE, ANAXIMENE, PYTHAGORE, HERACLITE, PA RMENIDE, EMPEDOCLE, ANAXAGORE, PLATO, ELEE ZENON, ARISTOTE etc. are all indebted to EGYPT OLD of the philosophical knowledge that made their reputation in the CENACLE OF ILLUSTRIA THINKERS. During the late antiquity, EUROPE does not will not fail to draw from Alexandria the knowledge necessary for its regeneration.

In addition to the different theological and philosophical currents that were directly related to this "INVENTORY ACHARN OF THE MILLENNIUM WISDOM OF THE NILE BORDERS" (cf Luciano CANFORA "THE DESTRUCTION OF THE LIBRARY OF ALEXANDRIA"), the sciences will know a considerable development at this time as evidenced among others by the capture of Egyptian astronomical knowledge by ARISTARQUE DE SAMOS from 350 before our era.

The time has come for AFRICANS and AFRO-DESCENDANTS all over the world to collectively follow the capital recommendation of Professor Cheikh Anta DIOP formulated in 1973: ”We must say to the generations who are open to research: arm yourself with science to the teeth and go unceremoniously tear from the hands of usurpers the cultural property of Africa which we have been so long frustrated ”(cf. Preface to AFRICA IN ANTIQUITY: PHARAONIC EGYPT- BLACK AFRICA” by Théophile OBENGA) . [wpdiscuz-feedback id = ”92gl4fb4mi” question = ”What do you think?” opened = ”0 ″] [/ wpdiscuz-feedback] 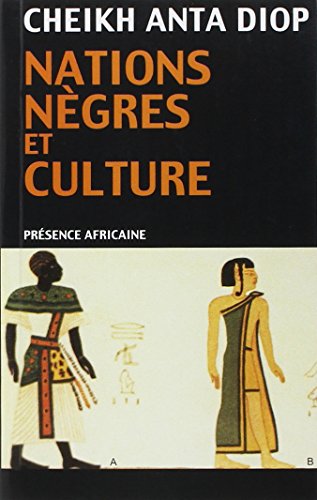 Negro Nations and Culture: From Egyptian Nepot Antiquity to the Cultural Problems of Today's Black Africa

A World Without Cancer, The History of Vitamin B17 (PDF)

BUY A PRODUCT BELOW