About Afrikhepri Foundation
In BEAUTY AND FASHION
4 min read

Origin and history of pearls in Africa

What are simple rules to respect to develop your charisma 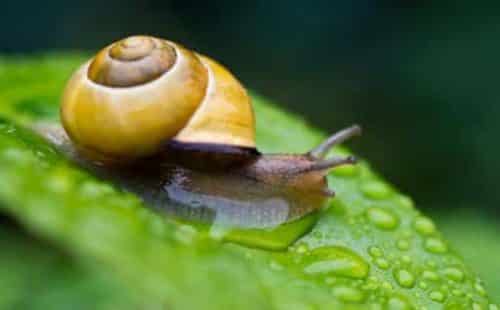 You have reacted on "The snail slime regenerate and repair the c ..." A few seconds ago

Uuse the snail slime for skin care is not new. The Drooling of the Helix Aspersa Müller (small gray snail) has been used by "mapuche" (Amerindians living in Chile and Argentina) since antiquity. If this snail slime is currently recommended, it is thanks to its multiple virtues: rich in active subtances, regenerative, antioxidant.

Clinical trials carried out in the 2000s (COANIQUEM in Chile) show that in 77,7% of cases, creams made from snail slime have a beneficial effect on scars et grafts caused by burns.

La Snail slime contains four natural elements essential to the proper treatment of the skin:allantoin, the antimicrobial peptides, the e and the enzymatic glycoproteins.

En cosmetic, we mainly use it for skin care. It is found especially in creams to treat Brown stains, acne, orange peel, rides and the scars.

Recent studies have proven it and many users are delighted with it, the creams and gels with slime from snail slime regenerate and repair the cells of your skin and allow you to beautify and heal it to attenuate, even eliminate : acne, various scars (surgical operations, acne scars, wounds), wrinkles, dark circles, fine lines, burns, new and old stretch marks, psoriasis, warts, rosacea ...

Its active ingredients, its regenerative and antioxidant properties make it a unique curative product. In the 2000 years, at the COANIQUEM in Chile (polyclinic for burned children), work has been published on clinical trials concerning the application of cream based on snail slime on scars caused by burns. The results were published in the journal of members of the Occupational Therapy Unit Aid Corporation.

The secretion of snail contains in its natural state:

Allantoin: a substance which has powerful healing properties and which accelerates skin regeneration. It is known for its softening, soothing and anti-irritant properties. Allantoin also helps with granulation, which is a step in repairing skin tissue. Finally allantoin regulates sebum secretions and is antiperspirant.

Collagen: protein essential to the healing process and elasticity of tissues, therefore brings more flexibility to the epidermis.

elastin: gives the elasticity of the organ that contains it.

Vitamin C: protects against viral or bacterial infections, skin aging and helps the healing of tissues.

Vitamin A: provides a tanned complexion while promoting hydration of the skin.

Natural antibiotics which destroy the pathogens present on the surface of the skin as well as in the pores (which cause acne among other things) and act as a protective barrier thus preventing infections.

Do you want to write on this site?
Click here to post an article too ...
Send this to a friend