Ashwagandha, a plant for the strength of a horse
0 / 5

About Afrikhepri Foundation
In HEALTH AND MEDICINE
5 min read 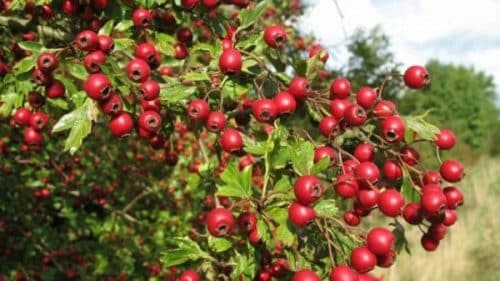 You have reacted on "Ashwagandha, a plant to have f ..." A few seconds ago

In Sanskrit, ashwagandha is made of two parts: “Ashwa” means horse and “Gandha” means perfume, hence its name which means “who has the smell of the horse” in reference to its power to give “the strength of horse". The name of the species “somnifera”, coming from Latin, means “carrying sleep”.

Withania somnifera is a plant of Iraqi and North African origin. it is also found in India where it has been used for over 3000 years. The ancient Arabs used the roots of the plant as a tonic, an aphrodisiac and for these inebrian effects (feeling of intoxication).

In Pakistan, the leaves of Withania are smoked, which also produces a feeling of drunkenness. In Yemen, locals also use Withania roots as natural toothpaste.

A tea can be prepared as a sedative and anti-stress with the roots of Withania. chewing the fresh root of the plant provided a tonic effect. In India this plant is considered the equal of a Panax Ginseng (real Korean Ginseng).

Ashwagandha is found in the arid areas of India and Africa.

Ashwagandha is a plant having the appearance of a small shrub and measuring between 30 and 75 centimeters high, it can reach 1.5 meters.

Ashwagandha is an annual plant composed of:

The alkaloids of aswagandha are somnine, somniferin, withanolides and anferine. Withanolides are supposed to account for the multiple medicinal demand of Ashwagandha. They stimulate the activation of cells of the immune system such a lymphocyte. They inhibit inflammation and improve memory. Taken together, these actions support Ashwagandha's traditional reputation as a tonic or adaptogen.

Ashwagandha has effects that can be both tonic and sedative. Used in high doses, it is hypnotic. It has antistress, or adaptogenic, effects by the presence of the acetylstérylglucosides contained in its root.

It promotes the body's resistance to attack and stimulates the immune system. It also has antiseptic and anti-inflammatory properties.

Ashwagandha is said to exert a stimulating action on the thyroid gland by increasing the production of T4, a thyroid hormone.
Today, ashwagandha is of great medical interest. Indeed, it would appear according to certain studies in progress that ashwagandha would have properties slowing down the proliferation of carcinogenic cells.

Ashwagandha is contraindicated in pregnant and lactating women, as well as in young children and in cases of hyperthyroidism, due to its action on the thyroid gland. Nevertheless, this plant has been used safely for a very long time by children in India and even by pregnant women. When taken in small amounts as a tonic. During lactation, it increases the flow of breast milk.

Indian researchers have discovered that Indian ginseng (ashwagandha), a plant used in traditional Ayurvedic medicine, could play a key role in a therapeutic strategy to fight Alzheimer's disease. Indeed, according to work published in the Proceedings of the National Academy of Sciences, extracts of this plant would prevent, in rats, the formation of amyloid plaques in the brain.

This article has already been shared 88 times!
Click here to post your article too ...
Send this to a friend