About Afrikhepri Foundation
In MOVIES TO WATCH
3 min read
2.3 k 46
0 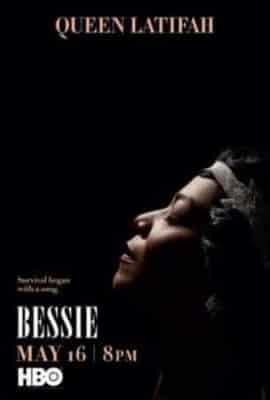 Bessie Smith is a young singer from Chattanooga, Tennessee. Upon the death of their parents, William and Laura, she and her siblings became orphans. Their older sister, Viola, will raise them. Viola is severe with them and Bessie's childhood is unhappy. She and her brother Clarence are looking to work for local vaudeville shows. His scenic ambitions are frustrated by producers who don't want to feature dark-skinned black women in their shows. Bessie sneaks into the train of performer Ma Rainey and asks her to join her show. Ma Rainey takes Bessie under his wing and helps him develop his capacities until Bessie's popularity causes the separation of the two women. Bessie also leaves Clarence to start her own career. In addition to her lover Lucille, Bessie begins a tumultuous relationship with Jack Gee, a security guard who will later become her husband and manager. After a humiliating rejection from the record company Black Swan Records, Jack manages to obtain a recording contract with Columbia Records for Bessie. She then had immense success, but her career suffered a slowdown with the Great Depression.

Become a member of this platform

Ormus, the alchemical monoatomic gold for awakening and reconnecting to other worlds

The eight plagues of Africa

What is the meaning of the flag of the kamite rebirth?

I am black - Jesus black (poem)

Living in harmony with each other

Criticism of the human condition

The Book of the Dead of the Ancient Egyptians (PDF)

Soon roads in bio-bitumen based on micro-algae?

Creation of a participative web-TV - Send your videos

Who pays his debts gets richer - Bhikkhu Revata