About Afrikhepri Foundation
In MOVIES TO WATCH
1 min read
2.2 k 93
0 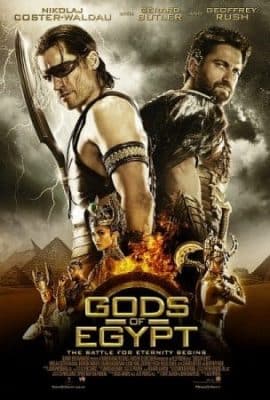 In an ancestral era, during which Gods lived among men, peace reigns in Egypt. But Seth, God of the desert, who covets power, assassinates the king and condemns Horus to exile, plunging the kingdom of Egypt into chaos. It's the intervention of a young thief, Bek, who will take Horus out of his prison. Together, they embark on an epic adventure that will lead to an unprecedented war. Until the frontiers of the beyond, monsters and armies of the gods are unleashed in a devastating struggle.

Become a member of this platform

Ormus, the alchemical monoatomic gold for awakening and reconnecting to other worlds

The eight plagues of Africa

What is the meaning of the flag of the kamite rebirth?

I am black - Jesus black (poem)

Living in harmony with each other

Criticism of the human condition

The Book of the Dead of the Ancient Egyptians (PDF)

Soon roads in bio-bitumen based on micro-algae?

Creation of a participative web-TV - Send your videos

Who pays his debts gets richer - Bhikkhu Revata