LOU JING: AFRO-CHINESE, PARTICIPATES IN A TELE TRANSMISSION, AND TAKES THE QUESTION OF RACISM IN CHINA TO THE ONE 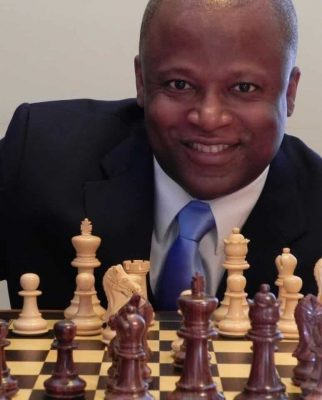 You have reacted on "Maurice Ashley, first black to become big ma ..." A few seconds ago

NBorn in 1966, Maurice Ashley lived in Jamaica until the age of 12. He then moved to the United States where he finally discovered a passion for chess. Ashley earned the title of National Director in 1986, and climbed the rankings to become the first African American international grandmaster in 1999. In 2003, he was named Grandmaster of the Year by the American Chess Federation. He has written about gambling in books such as Chess for Success (2005).

Born on March 6, 1966 in Kingston, Jamaica, Maurice Ashley is best known for being the first African American to win the title of international grandmaster in chess. Ashley spent her early years in Jamaica. His mother left him and his siblings in the care of their grandmother when he was only 2 years old. She went to the United States to find work. The rest of the family joined him in 1978 in New York.
Ashley started playing chess at the age of 14 at Prospect Park in Brooklyn, playing countless games against older, wiser players. "I used to waste my money for lunch like crazy," said Sports Illustrated. But Ashley continued to practice and her persistence brought her success. He became a national master at the age of 20. While studying at City College in New York, Ashley took a part-time job as a chess coach. He helped the Harlem team win the 1991 national championship. Ashley became a coach at another Harlem school, the Middle School Mott Hall, and led his students to victory at the two 1994-1995 inter-university championships. juniors. Ashley also became a chess commentator for TV channels like ESPN.

Ashley made history in 1999, when he became the first African-American international grandmaster. With this achievement, he joined the ranks of these other chess lights than Bobby Fischer, Anatoly Karpov and Paul Morphy. Ashley continued to excel, becoming the first African American to qualify for the American Championships in more than 150 years in 2002. The following year, he was named "Grand Master of the Year" by the American Federation. failures.
Ashley was generous with her knowledge and expertise. In 1999, he established the Harlem Chess Center, where he coached young chess players. In 2005, he published Chess for Success, promoting chess as a tool to improve student achievement. This year, he launched the generation of chess competition. In addition, Ashley has developed a popular application called Learn Chess with Maurice Ashley. 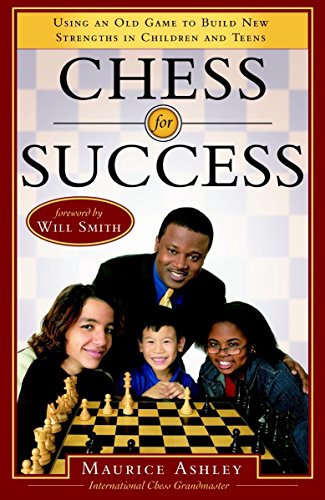 Chess for Success: Using an Old Game to Build New Strengths in Children and Teens