Why do Africans have to read books to their children?
0 / 5

Ubongo kids, a Tanzanian cartoon in search of Africa

LOU JING: AFRO-CHINESE, PARTICIPATES IN A TELE TRANSMISSION, AND TAKES THE QUESTION OF RACISM IN CHINA TO THE ONE

You have reacted on "Why Africans have to read books ..." A few seconds ago

OIt is often said to 'hide something from a black man, you have to put it in a book'. It is a way of saying that black people do not read or rather are not used to reading books. It was impossible for our parents to pass on to us the taste for reading because they themselves had not received this heritage, apart from a few who had studied in colonial schools. It is important to remember that after decolonization, around the 60s and 70s, a large majority of Africans were illiterate or, let's say, did not speak Western languages. Also, unlike African Americans who have assimilated the habits (ways of being) of Euro-Americans, such as owning a library at home, many Africans are still reluctant to read. Because it is often considered a "white thing». A waste of time.

You don't have to like reading books. On the other hand, if you are a parent, it is certain that you want the best for your children. You want them to succeed in school and develop personally. So if you want to put the odds on your side to help them, you will not be able to save reading.

Reading books to children helps develop and stimulate their imagination.
In his book children from 6 to 11 years old, Dr. Gilles-Marie Valet tells us this:

« The school learns to read, but does not teach the taste for reading. However, we know the importance of reading in the intellectual, cognitive and emotional development of children, especially after 6 years, where sexual curiosity gives way to general curiosity. Reading provides answers, but even more, stimulates the desire, to understand, cultivates memory and imagination, those which give the power to dream and especially to develop new solutions[…] It is essentially outside of school that the pleasure of reading is cultivated. However, communicating the taste for reading is not obvious. This is due to both transmission and transgression. We know the share of the parents' heritage: when the latter like to read or simply hold the book or the writers in good esteem, they promote the interest that their child may have for them. Because he will have acquired the habit and the pleasure of listening to stories, at bedtime for example, he will later want to browse his own books in turn »

Imagination is this faculty of our mind thanks to which we are able to visualize images in our head, to see a glimpse of our future, of our creations. It is the eyes of the spirit. It allows us to transcend our limits and believe in the impossible because everything that the human mind can see and design in its imagination, it can achieve.
Mbuta Nsaku Kimbembe, author and specialist in the Kongo tradition, writes about imagination:
« It is a movement that manifests itself mainly in the head of an individual. Every human being imagines, dreams and desires things. This movement is so strong that it gives a sort of screen located at the limit of the visible and invisible worlds, where images come to project themselves. The imagination receives and records many things that we try to express, describe or achieve. Before any realization (creation), an internal movement occurs. »
In a wonderful book titled Who reads small, reads all life, the novelist Rolande Causse provides a capital explanation on the importance of imagination in children:

For kids, the book is so extremely important, which comes to make work, fructify and enrich the imagination, and illustrated albums play a beneficial role by feeding them with their aesthetic beauty and their unconscious strength. Each book is for them a small dramaturgy in which they find elements of construction of their personality and their sociability.
The imagination is this human faculty which allows one to lead one's life, to reflect, to think, to invent, to create. Present in the field of research, scientific, philosophical, it plays an important role there. But it is like a muscle: if it is not moving, if it is not working, it withers. The imagination is nurtured, stimulated, amplified. Thought leads him into an activity constantly renewed. Making children's imaginations work - and at all ages - is essential. The stories read to them "unlock", untie and activate the imagination which also feeds on the mystery of storytelling.»
Concerning the power of tales, and in particular traditional African tales, here is a very interesting interview with Oumar Nianankoro Diarra.

«Storytelling is a school that trains the individual. Tales awaken the child's intelligence»

For African parents who want to introduce their children to reading but do not know how to do it, the book by Rolande Causse is interesting. You will find expert advice…
About imagination…

In the film The Magic of Belle Isle, Morgan Freeman, playing the role of a writer, Monty Wildhorn, says of the imagination that it is "The most powerful force ever made available to humanity".

If it is through the imagination that man is able to invent and access his creative power, and that this develops through reading, then African parents, by offering books to your children, by reading them tales, you will gradually stimulate their imagination and develop their intelligence. This will help them later in their lives and especially during their schooling.
Many children are born with incredible gifts and talents, and reading, because it stimulates the imagination and creativity, will be of great help to them to express their full potential; but also to dream.

This is why, in my opinion, Africans must read books to their children, and awaken in them the taste for reading.- Reading books every night to children -

Every evening, when I am available, I spend 10 to 15 minutes reading to my little sisters before they go to bed. If you have young children, Rollande Causse recalls this:

I read them tales, stories with characters with whom they can identify and recognize themselves. There are books that we buy and others that we borrow from the library. I try to read them books on topics and subjects that interest them.
A recent scientific study has proven the benefits of reading to children. Read} It's proven now, reading to children changes their brains. If you have children in low-ages, Rollande Causse reminds this:

« Today, albums for toddlers, "baby books", accompany from the first months these times of sweetness where the infant, pressed against the one who reads, is surprised, looks, touches, smells and babbles. The book object becomes for him a game, a toy among the others. But baby grows, walks and talks.

He then tackles the planet with albums with colorful illustrations, stories, moments of shared joy. He discovers the language and picks up words and puns. Story and images provoke his imagination and enrich his imagination. His intelligence is structured. Thanks to the rituals of reading, these fascinating albums make him want to know how to decipher their mysterious signs, the desire to learn to read.» 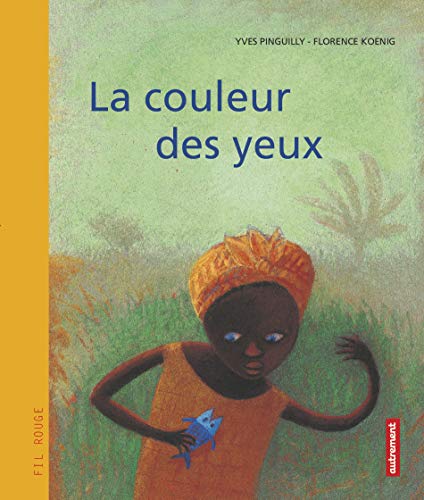 The color of the eyes

10.9K
Share this page please!
This window will automatically close in 7 seconds