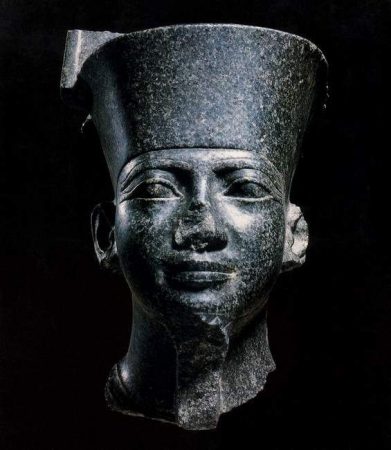 Five Percenters teach that Black people specifically, and the entire world population more generally, can be divided into three groups:

-The 85%, easily led in the wrong direction hard to be led in the right direction, who are the humble masses, mentally deaf, dumb, and blind to the truth about themselves and the world in which they live.

-The 10%, who understand much of the truth but use it to their advantage to keep the 85% under their control through religion, politics, entertainment, economics, and other methods.

-The 5%, who are the enlightened divine beings, having repossessed knowledge of the truth regarding the foundations of life and of oneself, and seek to punitively liberate the 85% through education.

The percentages presented are not meant to be exact but are instead meant to represent the public, the religious and political rulers, and the few truly enlightened people on earth, respectively.
The numbers used point out common traits to identify the members of these three groups and can be fully understood using the language of Supreme Mathematics.

What We Will Achieve

Black people are the original people of the planet earth.

That Black people are the fathers and mothers of civilization.

That the science of Supreme Mathematics is the key to understanding

man’s relationship to the universe. Islam is a natural way of life, not a religion.

That education should be fashioned to enable us to be seif sufficient as a people.

The Black Man is the Father of Civilization

Blacks developed the first civilizations.
Throughout the ancient and prehistoric world, Blacks have been the founders of all known civilizations.
Examples include:

• the first dynasties of ancient China,

• the pre-Hellenic Minoan and Mycenean civilizations which birthed ancient Greece and Rome,

• the ancient Egyptians of course.

• the pre-Semitic Chaldeans, Babylonians, Sumerians, and their other middle Eastern neighbors,

• the Kushites and other obviously Black civilizations in the continent known as Africa,

• the Olmecs, the early Mayans and other Black pre-Columbian civilizations of the Americas (including the Black Indians Columbus met upon his initial voyages here),

• the ancient Black civilizations of the Indus river valley in India,

• and the Black civilizations of ancient Europe.

The Black Man is the Source of the World’s Learning

Until the contemporary attempts by Europeans to discredit the capabilities of Blacks, the Black man has been regarded as

surpassing all people and nations in his wisdom and intellect.

Visitors from far-off lands studied among the Black teachers of Ancient Egypt in the Mystery Schools.

Socrates and other Greeks regarded as the fathers of European philosophy were trained at these schools by Blacks.

Plato, Socrates’ student, challenged the Greek concept of God, which was in faet a Europeanized version of the Black gods of Egypt.

Plato, not having met the true and living Gods himself, appeared disgruntled with the human flaws of the otherwise supreme Greek gods.

The Greeks were, until the era of Plato, still praising and worshipping the Black men of Egypt.

Examples include Zeus and Hercules, who were modeled after Osiris and Horus, and the Black god Imhotep, who is revered in
the primary creed of medicine, the Hippocratic Oath.

Cliquer ici pour fermer ce message !
This window will automatically close in 7 seconds
Share via
Send this to a friend