About Afrikhepri Foundation
In HEALTH AND MEDICINE
11 min read

Magnetic nanomedicine against Ebola and AIDS?

The healing power of essential oils 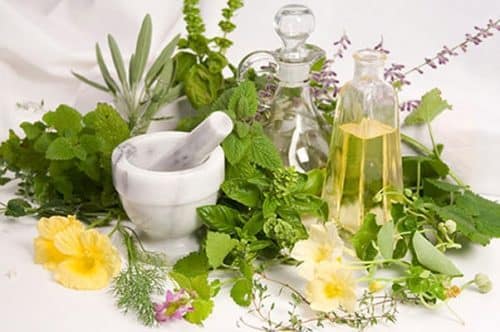 It is a recognized and well studied plant: it is ideal for treating menopause. Black cohosh also helps relieve the pain associated with premenstrual syndrome. It is a natural alternative to hormonal drugs that reduces the symptoms of menopause. Of course, there are hot flashes, night sweats, mood swings, vaginal dryness and palpitations.

This plant can also be used to treat migraine. The same goes for sleep disorders, especially when linked to menopause. Black cohosh is an anti-inflammatory. It can therefore be used to relieve the symptoms of arthritis. Before using black cohosh, we recommend that you consult your doctor.

A really classic liver tonic. Wild yam balances hormones and so relieves morning sickness. We must look for cultivated sources because it has been overexploited in nature. It is often believed that wild yam facilitates fertility in women. However, a study has shown that no. According to the American Cancer Society, wild yam alone does not produce progesterone in the body. It has no effect on fertility!

The lion's tail is often used to treat anxiety or insomnia, as it acts as a pain reliever. Besides, it has great sedative power, so it's a very good antiarrhythmic! It mitigates tachycardias and palpitations. The lion's tail is also used as oxytocic. It promotes the evacuation of the uterus by stimulating contractions of the myometrium. This plant is also used for nerve-related heart rhythm disorders. It also helps in hyperthyroidism.

It helps digestion, asthma, bacterial and fungal infections, bile and stings. Sage calms and stimulates the nervous system, and it relieves colds and coughs. Essential oil extracted from sage improves concentration. It can play a very important role in the treatment of memory loss related to Alzheimer's disease.

It is also used externally as a rubéfiant to soothe painful pain such as muscle stiffness, rheumatism and neuralgia. She helps also to relieve nervousness, anxiety, headaches, stress and fatigue. It should not be used in pregnant or breastfeeding women. People who have epileptic seizures should also avoid sage. This plant may be toxic when taken in excess or when consumed for prolonged periods.

Verbena has been very useful for healers with plants for many centuries. However, there are very few human studies on it. The healing properties of verbena are mainly attributed to its bitter and stimulating effect on the liver. It also acts on other organs. Besides, we know very well its relaxing effect on the nervous system.

It is a useful plant in many diseases. It is a tranquilizer for pain and a natural tranquilizer. It is also an expectorant used to treat chronic bronchitis, and it is also an anti-rheumatism used for joint pain. Herbalists believe that verbena is especially useful when depression is linked to a chronic illness. She also has another benefit: it can help heal any damage done in the liver.

Ginseng is used as a general tonic in modern Western herbalists. The same is true of traditional Chinese doctors. It is thought to stimulate and strengthen the central nervous system in case of fatigue, physical effort, weaknesses due to illness or injury, and also in case of prolonged emotional stress. The affinity of ginseng with the nervous system, as well as its ability to promote relaxation, makes this plant very useful for stress-related diseases. For example, we talk about insomnia or anxiety.

Athletes can benefit from using ginseng to get better resistance. It is also known to be an aphrodisiac and a sexual tonic! Indeed, it helps to maintain the reproductive organs and sexual desire in the elderly. It also helps prevent or cure erectile dysfunction related to prostate disease or stress. Various studies on animals and humans have shown that ginseng can also reduce the appearance of cancer.

Schisandra is used to increase resistance to diseases and stress; it increases energy, physical performance and resistance. Schisandra is also used to prevent premature aging, and it increases life expectancy. It allows normalization of blood sugar and blood pressure. It stimulates the immune system and increases the speed of recovery after surgery.

Some people use this Chinese liana to improve their vision, protect against radiation, prevent infections, increase energy at the cellular level, counter the effects of sugar and improve the health of the adrenal glands.

Hawthorn is used for diseases of the heart and blood vessels, such as congestive heart failure, chest pain or cardiac arrhythmia. It is also used to treat low or high blood pressure, arteriosclerosis and hypercholesterolemia. So far, research has suggested that hawthorn can be effective in the treatment of congestive heart failure. But there has not been enough research on other heart problems to know if it is really effective and can be used for the heart.

Some people use hawthorn to alleviate problems with the digestive system, like indigestion, diarrhea and stomach pain. It is also used to reduce anxiety because it acts as a sedative. It also increases urine production and is also used for menstrual disorders. Hawthorn is even used to treat tapeworms and other intestinal infections.

Dandelion is used for many diseases, but so far there is not enough scientific evidence to determine whether or not it is really effective for any of them.

Some men use vitex Agnus castus for several reasons: increase the flow of urine, treat benign prostatic hyperplasia and reduce sexual desire. Historians say that monks chew this plant to maintain their celibacy.

Licorice is used for various gastrointestinal disorders such as stomach ulcers, heartburn, cramps and continuous inflammation of the lining of the stomach (gastritechronic). Some people use licorice for sore throats, bronchitis, coughs and infections with bacteria or viruses. Licorice is also used for osteoarthritis, systemic lupus erythematosus, liver disorders, malaria, tuberculosis, food poisoning and chronic fatigue syndrome.

Some people pour the fresh juice from this plant on the skin to treat burns. The ginger oil is sometimes applied to the skin to relieve pain. In foods and beverages, ginger is used as a flavoring agent. One of the chemicals in ginger is also used as ingredient in laxatives, antacids and gas medications.

Nettle is used for many diseases, but so far there is not enough scientific evidence to determine if it is effective for one of them. Nettle root is used for urinary problems related to the prostate. These problems include nocturnal urination, the need to urinate too often, painful urination, inability to urinate and irritated bladder.

Nettle root is also used for diseases of the joints, and it is a diuretic and astringent. The upper parts of the root are used with a large amount of fluid in the irrigation therapy. This is to treat urinary tract infections, inflammation of the urinary tract and kidney stones. The upper parts are also used for allergies, hay fever and osteoarthritis.

Some people use the tops of nettle to treat internal bleeding, including uterine, nasal or intestinal bleeding. These parts are also used for anemia, poor blood circulation, spleen, diabetes and other endocrine disorders. But that's not all: it's also used for heartburn, diarrhea, dysentery, asthma, lung congestion, rash, cancer prevention and the prevention of signs of aging. , purification of blood, healing of wounds and finally, as a general tonic.

This and other species of Alchemilla have been widely used in folk medicine throughout Europe. The lion's foot reduces the pain associated with menses, and it also regulates excessive bleeding. It also has a role to play in alleviating the changes associated with menopause. It is an emmenagogue: it stimulates the menstrual flow when there is a resistance. It is also a truly useful uterine astringent. It is used both in menorrhagia and in metrorrhagia.

Its astringency also plays a big role in the treatment of diarrhea. It is also perfect as a mouthwash for wounds and ulcers, and it can also be used as a gargle for laryngitis.

Red raspberry leaves are used for disorders of the gastrointestinal tract, diarrhea, respiratory disorders, but also influenza and swine flu. They are also used for heart problems, fever, diabetes and vitamin deficiencies. These leaves are also used to promote perspiration, urine and bile production. Some people use it to purify skin and blood.

Some women use raspberry leaf for painful periods, heavy menstruation, morning sickness and to prevent miscarriage. Raspberry leaves are applied directly to the skin to treat sore throats and rashes. 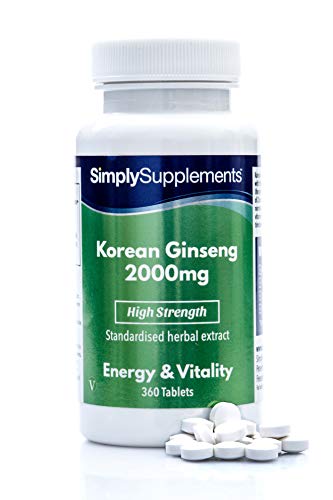